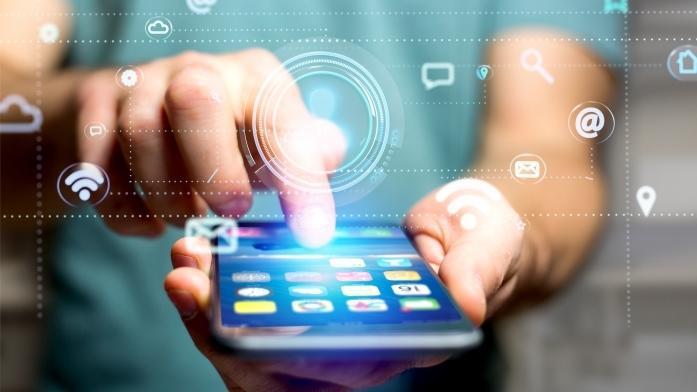 Let’s start by talking about the elephant in the room: Cold calling is almost every salesperson’s least favorite topic. In fact, the only two groups who like the idea of cold calling are those who have never done it and sales managers.

What do we mean by “cold calling?” Before the Internet, there were two simple options when it came to cold calling. You either dropped by an office in an attempt to speak with a decision maker and (more often than not) left your business card with a receptionist, or you picked up the phone and made one of those dreaded calls where you tried to reach the decision maker voice-to-voice. If you wanted to survive, you ended up choosing the second option more often than the first, because at least you had a phone line to separate you from being bitten by a gatekeeper.

Many business owners and sales managers we work with came from this background, and used these methods with great success to grow their respective businesses. In fact, both of us spent many years making cold calls, so we understand completely the challenges, frustrations, and fear that surround that topic, along with the force of habit that perpetuates it.

When each of us got into our current career as sales trainers, a former trainer told us it would take 3,500 cold calls to be successful in our chosen business. He advised us to get started soon, because the faster we got through them, the faster we would build the relationships we needed to maintain the success and longevity we were seeking. Most importantly, it would also mean the faster we could get out of having to continue to make any more of those dreaded calls. No one ever liked doing them, including us. But back then it was what had to be done to build your book of business.

The only other option to get business before the internet was to attend networking events. Have you ever arrived at a networking event only to see a room full of salespeople all looking for the same needle in the haystack—the “great” prospect? They rarely get the introduction or referral they are seeking. Yet if you were to continue to attend these events, you would continue to see the same people. Why is that?

People keep coming to networking events because, at least, such events tend to be polite—and showing up is better than sitting in the office and making cold calls. We’re not saying all networking is bad. However, most salespeople don’t network effectively.

We know so many people who always wanted to get into sales, had the personality and work ethic for it, and had the desire for the income of a successful salesperson, and yet, because of a fear of cold calling, didn’t cut it and ended up being forced to find another career path. That’s just how big of a mental hurdle cold calling is for many out there.

Fortunately for everyone, there are other methods available today that are not only easier and less painful to do, but dramatically more successful. These methods include digital prospecting, and specifically reaching out via email. For veteran business owners or sales leaders who had to do cold calling to get where they are today, this might be a tough thing to hear. They may expect their people to cold call, even though they know there are more effective ways to connect with prospects, if only to toughen their people up by putting them through the same experience they went through.

Some companies still make traditional cold calls on the phone and are moderately effective at it, meaning they have a conversion rate somewhat below 10%. Conversion means someone has taken the call, even if right after they do so, they say, “No, thanks.” Obviously getting a personal referral or having a relationship with someone at the prospect’s company is far superior to this. But if that is not an option and if you are forced to focus on cold prospecting efforts, we believe sending a well-designed cold outbound email as a way to initiate contact with a prospect is much more effective.

Consider that many people don’t even have office phones any longer. If you don’t have their personal cell phone number, the chances of being able to cold call them are almost none. The ones who do still have an office phone, have caller ID. If they don’t recognize your number, most of the time they won’t answer the call.

We asked the CEOs and decision makers of the top companies we work with one simple question: “Which are you more likely to have a higher probability of responding to: an inbound cold call from a salesperson who leaves you a voice mail, or an inbound email from a salesperson?” These days, the collective response is unanimous. They are always more likely to respond to email.

The predominant reason for preferring email is that the recipient can respond when it is convenient for them, whether that be at one in the afternoon on a Tuesday or eleven at night on a Sunday when they are catching up on emails.

A couple of clarifications must be made regarding this question. First, everything we are saying here applies to US markets; the laws and guidelines are very different for people selling outside the US. Second, the email in question must not be a marketing blast email from a service. We are referring to a brief, personal email from a salesperson to a prospect. Thirdly, and most important, we only asked those company leaders if they would respond at all … not if they would say “yes” to meeting with the salesperson.

But isn’t that the job as a salesperson—to get a decision? Either a yes or a no is preferable to being in “chase” mode while the prospect is in “hide” mode. If a salesperson gets a decision faster, even if it is a no, they can move on much quicker to try to help someone who is truly interested much quicker, rather than calling someone ten times and never hearing back.

To ignore the role of email and social media in this process, or to pretend that voice-to-voice contact (which, let’s face it, is getting harder and harder to establish) is still our primary method of initiating a business relationship, is to ignore reality. Good salespeople are, first and foremost, in the reality business. They’re all about figuring out what’s really going on. And digital prospecting strategies, such as the ones we outline here, are part of the reality of the world in which we all sell today.

Download your free chapter of our book today, so you can implement digital prospecting best practices into your sales process and your organization.

Mike Jones is the owner of The Ruby Group, LLC, a licensed Sandler Training center. He has deep personal experience in the manufacturing and logistics space, and in many other industries, notably professional services. Ken Guest is an Associate at The Ruby Group, LLC. He has extensive experience in sales, sales management, recruiting, training, and consulting in a wide variety of industries including manufacturing, logistics, and professional services. Jones and Guest are the authors of the book, Selling in Manufacturing and Logistics: The Twelve Key Strategies for Managers and Salespeople, which outlines a proven twelve-point system for sales success within these mature vertical sectors of the economy, where traditional sales methods are ineffective.
Share this article:

Video: Sandler Rule #46: There Is No Such Thing as a Good Try

Sales Training and Golf: A Lesson in Repetition