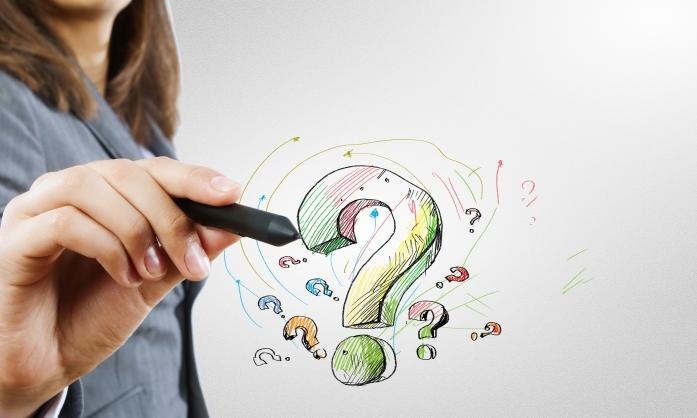 When prospects ask you a question (or use wishy-washy words, or try to mislead you, or use smokescreen tactics), wouldn’t it be nice if you knew for sure what their true intention was? David Sandler developed a tool to help the salesperson accomplish exactly this. It’s called reversing.

Begin by noticing that, very often, prospects will make statements that can be interpreted in a number of different ways.

For instance, consider this situation. A prospect says of your competitor XYZ, “We’ve been working with XYZ Company since my parents started the business nearly 50 years ago.”

Does that statement mean:

You have no idea.

As it happens, you have two options when it comes to deciphering what’s behind the prospect’s statement.

Take yourself hence to a remote cave situated perilously high in the misty mountaintops of the Himalayas. Clothe yourself only in rags, and, sleeping on hay, fast for 40 days and nights. Mediate 18 hours a day during this period in order to properly attune yourself with the psychic ether, and, on the fortieth day, divine what the prospect might have meant. Do this by slaughtering a chicken and watching how the smoke from its charred feathers swirls in the moonlight at the stroke of midnight on the eve of the winter solstice.

I have always plumped for the second option. I’m not good with heights, and sleeping on hay gives me a nasty rash.

Notice that I did not offer the option of assuming that you were being asked a question. Interpreting a statement as a question and then attempting to answer it (even though you don’t know what was behind it all) is a classic selling mistake—often a fatal one. Never answer an unasked question! (That’s Sandler Rule #5 of 49 if you’re keeping score at home.)

Before responding appropriately to prospects’ statements (and remember, sometimes the statement made is merely a statement, and doesn’t even require a verbal response), you must first discover the intent of the statement.

Those are “reverses,” by the way. When you reverse, you answer a question with a question. Let’s see how this approach could help you deal with the example above.

Prospect: “We’ve been working with XYZ Company since my parents started the business 50 years ago.”

You: “OK, I understand. You’re telling me that because…?”

Prospect: “Well, I’m running things now, and I think it’s maybe time for a change—we have to move with the times, after all.”

Nice. Not a single decapitated chicken, nor a trip to the chemist for some ointment for that bothersome rash. But keep going. You’re not quite done yet.

You: “Makes sense. But tell me, what does ‘move with the times’ mean in your view?”

By adopting this simple yet powerful technique to explore what the prospect is truly saying, feeling, or meaning, you ensure that the real roadblocks are uncovered. At the same time, you avoid jumping to any erroneous conclusions. All too often, salespeople make Himalaya-sized Mountains out of molehills. This is because they don’t bother to figure out the underlying meaning of utterances that were, after all, just statements. Reverses help you do that. And remember: Used properly, reverses can also keep you from freezing to death in a cave clutching a charred, frozen chicken.

Get your free chapter of Asking Questions the Sandler Way to learn more!

Fear of Technological Change Can Help You Sell

Turn Bad Times to Your Benefit